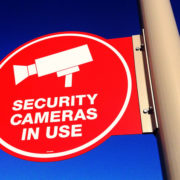 Insider posted an article in October 2019 about a digital sign that was hacked on I-75 North  in Auburn Hills MI and showed an adult video for 20 minutes to the public.

Maybe the best way to deter hackers is to make known there are consequences to their actions.  Insider gives a shout out to the Auburn Hills police who have recently charged two teenagers for breaking into the shed under the billboard along I-75 and hacking the video unit that feeds the signage. A Daily News article notes that a 16-year-old boy was blamed for posting the pornographic material. He can avoid charges by attending a program for juvenile offenders, according to the report. His 18-year-old accomplice was charged with trespassing in November, according to cops. An earlier report said the suspects could have been given up to 90-days in jail and a $500 fine.

At the time of our October article, Insider provided some tips for being hacked which are worth providing again:

Remote site locations are targets for vandalism.  Basic deterrents can be implemented to minimize your exposure to disruptions of service: